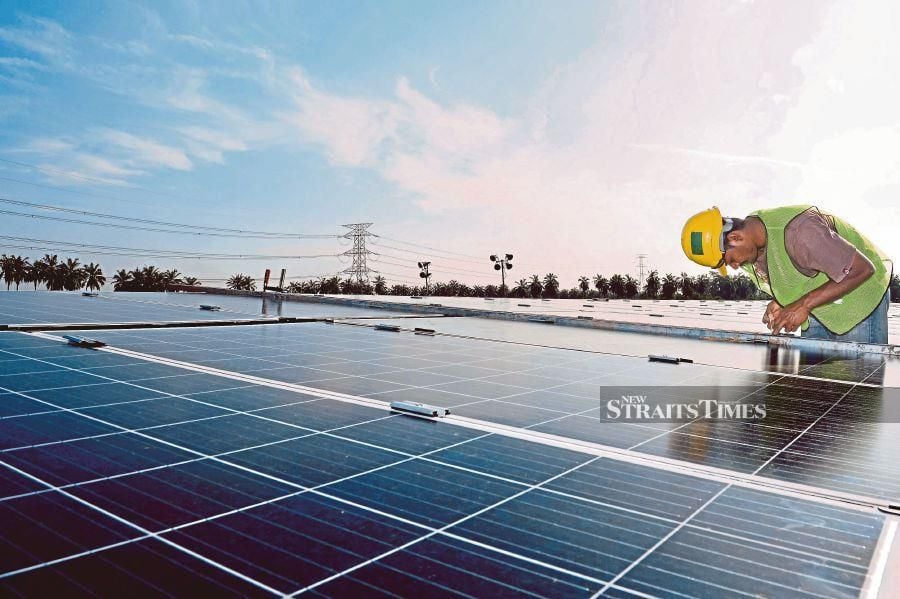 AS the world continues to deal with the coronavirus, we must not neglect global warming. If Covid-19 is the storm that we will ride out soon, climate change is the catastrophe that will affect us for decades ahead.

In Asia, 2020 has seen some of the worst monsoon flooding in decades, affecting countries from China to Vietnam.

In 2018, Bank Negara reported that the growing intensity and frequency of climate-related events were increasingly a risk to the economy.

According to the Centre for Research on the Epidemiology of Disasters, Malaysia has, in the two decades up to 2018, experienced more than 50 natural disasters, affecting more than three million people.

The increasing severity and frequency of floods and dry spells have severely affected livelihoods, particularly in the agricultural sector. Climate disasters have cost the economy around RM8 billion.

As countries manage the impact of the global pandemic, they have an opportunity to use the economic stimulus to invest in building back greener econo-mies and reducing the emissions that cause damaging climate change.

In November, the United Kingdom will host the United Nations Conference of Parties (CoP26) climate summit in partnership with Italy. This will be a pivotal moment for the world to come together and agree on ambitious steps to address global warming.

Governments are starting to rally behind the goal of reaching net zero greenhouse gas emissions. China has set the ambitious goal of being “net zero” by 2060, and Japan and South Korea by 2050.

A total of 126 countries, responsible for more than half of global emissions, now have similar targets.

Here in Malaysia, Tenaga Nasional Bhd, the country’s biggest utility firm, has announced that it has built its last coal-fired power plant. Kuala Lumpur City and Petronas have pledged net zero aspirations by 2050.

These commitments will cut emissions and help Malaysia deliver its contribution to a low carbon transition. But there is more to be done. Tackling and adapting to climate change cannot wait.

On Dec 12, the UK will co-host a Climate Ambition Summit to mark the fifth anniversary of the landmark Paris Agreement.

Every country that is part of the agreement is invited to the virtual event, which will focus on action to reduce emissions and build resilience to climate impacts.

We expect significant commitments at that summit, which will provide impetus for even more countries to cut emission targets further.

I was, therefore, delighted that the 2021 Budget announced on Nov 6 includes plans for investment in the sustainability of key sectors to encourage a green recovery in Malaysia.

This includes Malaysia’s first Sustainability Bond for environmental and social initiatives next year and other sustainable financing schemes.

The UK has demonstrated that it is possible to decouple emissions from economic growth. Since 1990, we have grown our economy by over two-thirds, while reducing emissions by 42 per cent.

On Dec 4, we announced that we will reduce our emissions further by 68 per cent and this commitment will be deposited in the United Nations Framework Convention on Climate Change process as the UK’s official Nationally Determined Contributions offer.

The economic case for transition is now even more compelling, with solar, a renewable energy source with great potential in Malaysia, now the cheapest form of power globally. So it’s great to be working with Malaysia to realise these opportunities here.

The challenge in the coming year will be to bring together all these efforts so that globally, we can secure even higher ambitions at CoP26.

It is vital that we work together as a planet for a sustainable future for our children and their children.

About the Author: administrator